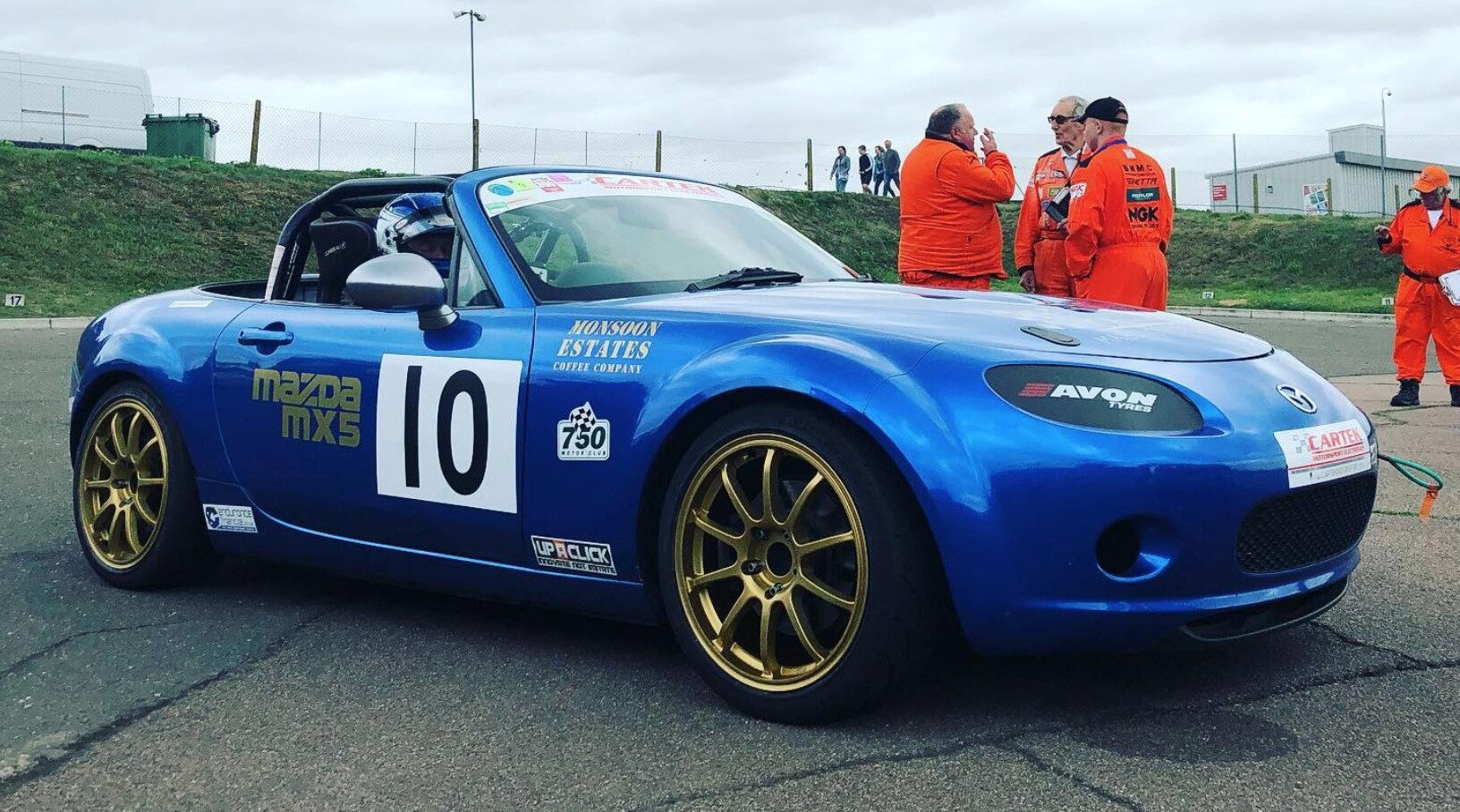 Our Mk3 (NC) Mazda MX-5s are fun to drive and eligible for many race series. Stripped of the weight of the road car, with a proper racing specification, they're a proper step up from the Citroen C1 race cars and require a more precise driving style.

We have two cars available, the white car in vanilla BRSCC Super Cup specification, and another blue car in a slightly higher enduro specification. Either can be tailored to the series of your choice through ballast and ECU adjustments.

The cars are available for either single meetings or a full season on an arrive and drive basis. Our fee includes pre-meeting prep, delivery of the car to the circuit, full support and crew for the weekend, data analysis and strategy, fuel, tyres and other consumables. Just pay your entry fees and turn up for the weekend! 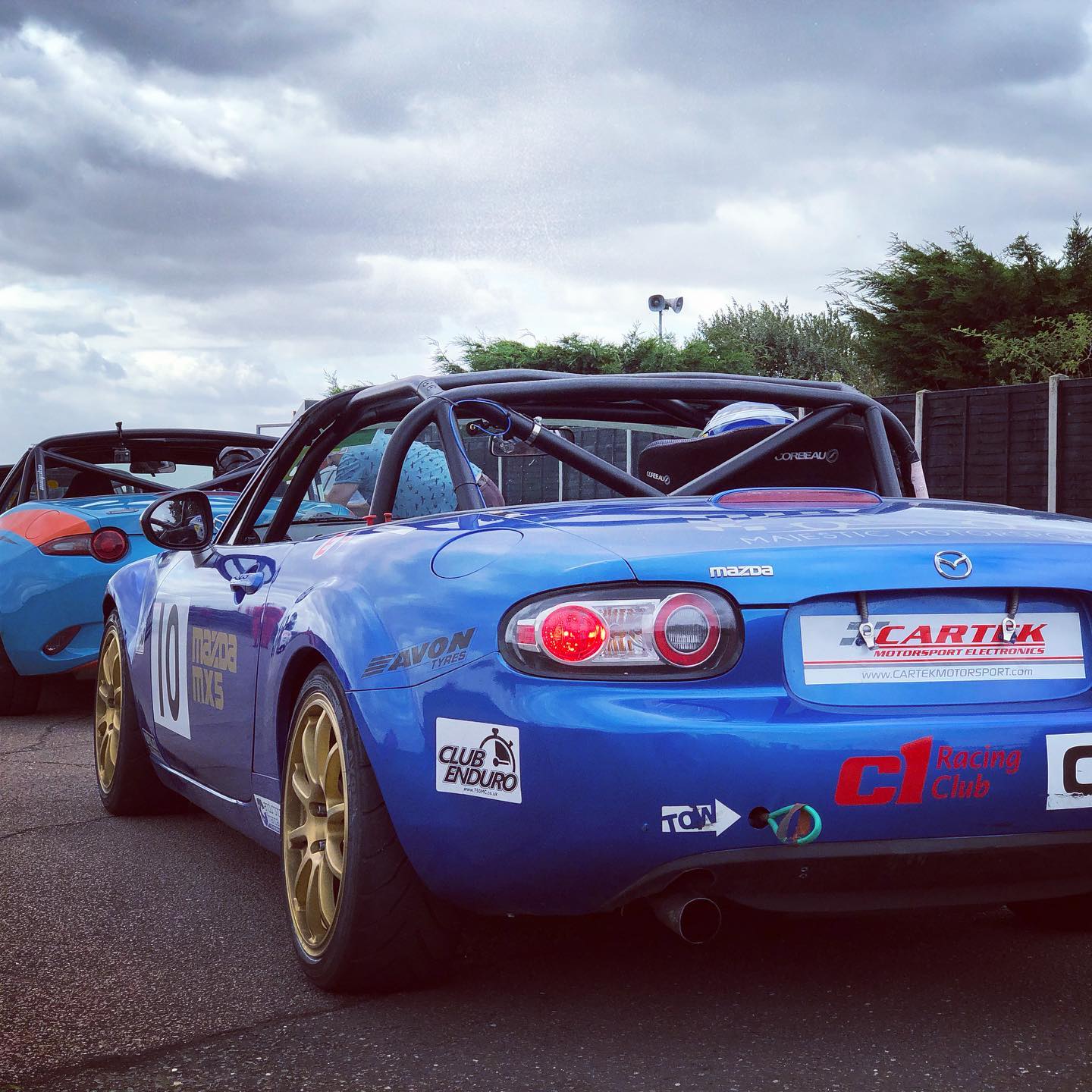 One of the many advantages of the MX-5 platform is it's wide eligibility for many popular series and championships. Here are just some of the options: